Want to be the first to try the new Gordon’s Pink Gin?

Gin drinkers get yourself to Tigh Nora, Galway’s only dedicated gin bar as it’s the first venue in the country to have the new Gordon’s Pink Gin on it shelves!

To mark the arrival of this much sought after Limited Edition gin, Suzanne Jackson aka So Sue Me officially poured the first glass as the bar turned pink for one night only. Guests dressed to impress with a €500 voucher from Willow Boutique for the ‘Pretties in Pink’ chosen by Suzanne herself and won by Galway blogger Ruth McCourt.

Inspired by an original Gordon’s recipe from the 1880s, the new Gordon’s pink gin is perfectly crafted to balance the refreshing taste of Gordon’s with the natural sweetness of raspberries and strawberries, with the tang of redcurrant served up in a unique blushing tone. The berry taste and hue are achieved with natural fruit flavours only and its juniper profile is subtle and mild.. In other words delicious!

Speaking of the new Gordon’s Pink Gin, Fiachra McKenna Manager of Tigh Nora said “We like to serve the new pink gin with Fever Tree Premium Tonic, Schweppes White Lemonade or topped with Prosecco along with tonic or lemonade to create a Spritzer”.

So if you want to be one of the first to try the most sought after gin in the country, you better head West to Tigh Nora, located in The Latin Quarter in Galway city. With over 130 different types of gin on its shelves, it’s a haven for G&T drinkers. 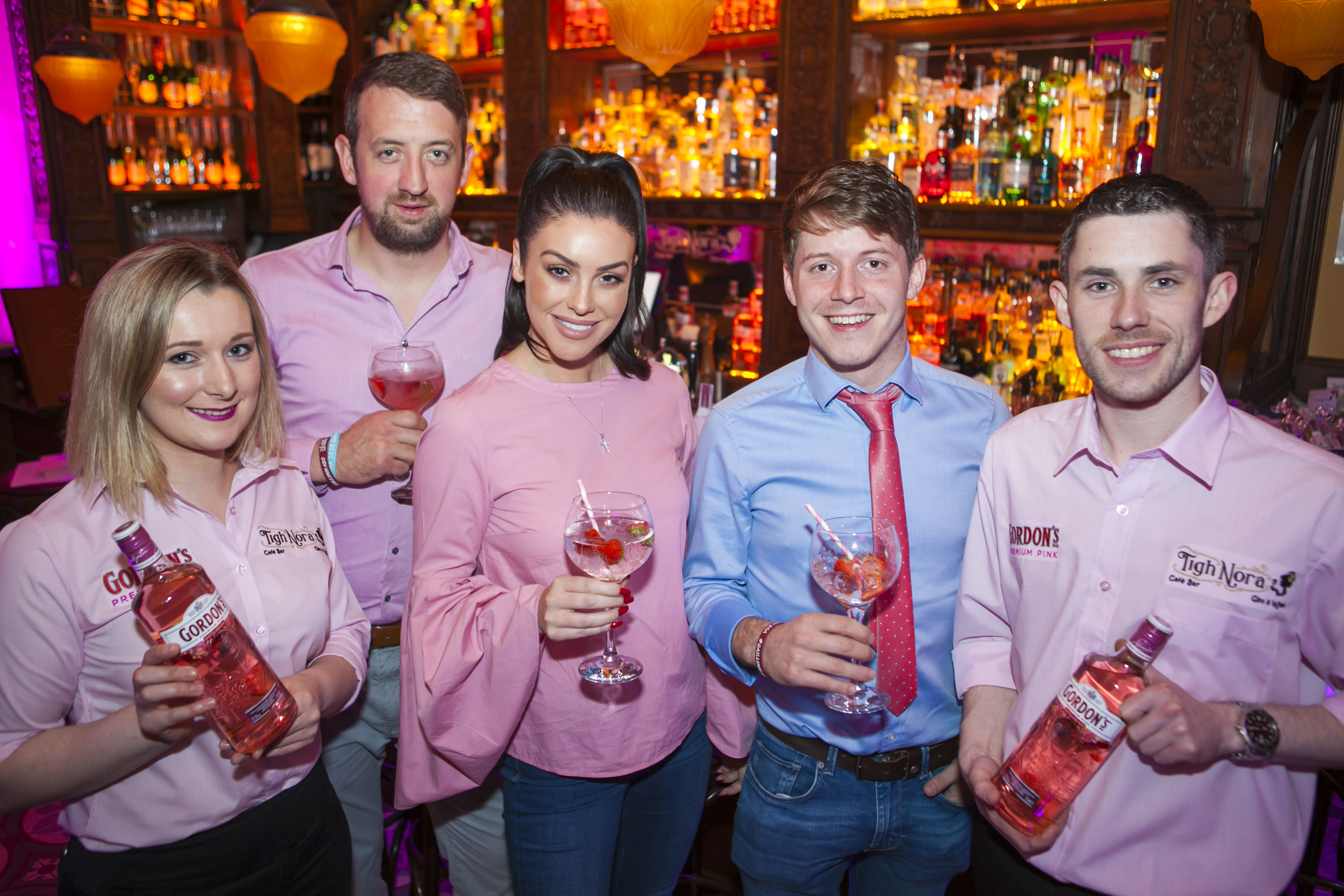