Here at Sonny Molloy’s Irish Whiskey Bar we had the privilege of being the first bar in the West of Ireland to host an official tasting of the new Midleton Very Rare 2017 Vintage release with Master Distiller Brian Nation.

The 34th edition of the renowned, collectable range of Irish whiskey was first unveiled in 1984 and since then just two Master Distillers, Barry Crockett and Brian Nation, have had the privilege of preserving the legacy of Midleton Very Rare with only a select number of casks deemed of sufficient excellence and rarity to bear the Midleton Very Rare name.

Midleton Very Rare 2017 has been specially blended from a hand selected batch of ex-Bourbon Barrels ranging in age from 12 years to 32 years. The 2017 edition also marks a redesign for the brand, featuring a unique bottle design and presentation box that further completes the overall Midleton Very Rare experience and better reflects the quality and rarity of the whiskey inside. The elegant bottle takes inspiration from a writer’s ink well and a soft dip in the shoulder echoes the nib of a pen, creating a subtle link to Ireland’s literary legacy.

Speaking about Midleton Very Rare Vintage Release 2017, Master Distiller, Brian Nation commented: “It has been a privilege for me to continue the legacy of Midleton Very Rare that Barry Crockett started in 1984. Midleton Very Rare is rightfully regarded as the pinnacle of Irish whiskey with each vintage cherished by collectors and whiskey enthusiasts all over the world. Due to the handcrafted nature of this whiskey, there are slight variances in taste from year to year which add to the special nature of this whiskey. The 2017 cask selection includes some 32-year-old Midleton Grain Whiskey which will contribute the lighter floral perfume notes along with some citrus fruit. A 26-year-old Single Pot Still whiskey has also been selected, which delivers a wide spectrum of typical spice character, such as sweet cinnamon and clove”.

Sonny Molloy’s is one of the only bars in the world to showcase the complete Midleton Very Rare Collection, which has taken over 30 years to piece together. The handcrafted nature of the whiskey creates a unique offering that has subtle but recognisable differences between the years. This allows enthusiasts and collectors to enjoy the variances year on year and create a new experience every time another year is sampled. 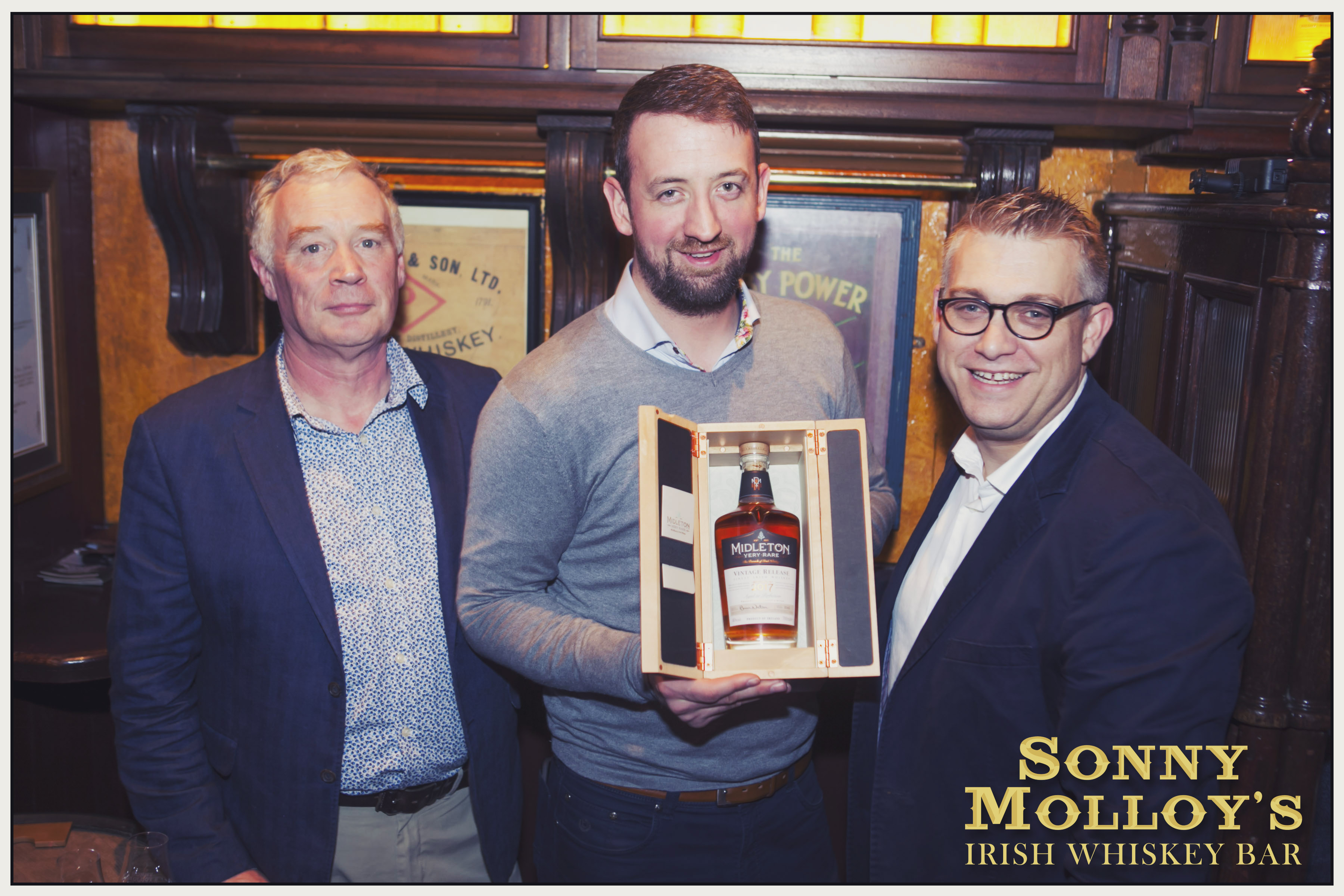